Philip Bloom's session (more on that later) and I knew I wanted to meet some like minded folk but that was pretty much it.

I left Mobile, Alabama on Thursday and arrived in Austin late. Immediately I got to the hotel and dropped off my junk as I knew there was a group of cool kids (other ExpressionEngine Devs) waiting on me at the Iron Cactus. So I arrived and was warmly greeted by Mike Boyink, Adam Wiggall, Kevin Shoesmith and a few other EE folk that at the time were engrossed in conversation (Brandon and Nevin ;-). So that night we all ended up playing pool and getting to know each other... oh and there was the beer... like an ever flowing fountain it just kept flowing. Adam and Kevin kick butt at pool whilst Brandon and I were the bottom feeders with Brandon beating me soundly after playing a single game that seemed to last an hour!

Sessions started on Friday. I think we went to 2-3 of them. That is the thing... outside of the Philip Bloom session on Monday I really cant remember too much of the sessions. I have to say that they were a bit disappointing. Doesn't matter though. I would do it all over again. And here is why....

Adam Wiggall (@turnandface) was my roommate. Absolutely a great chap (Englishman living in Orlando). I spent almost every hour of SxSW with this guy and I don't think there were any of those awkward moments where you are unsure of what to say next. He is big into photography too so we spent a few days exploring downtown Austin. He made the parties more fun. I have to say I am Chuffed to Bits to know this dude (I hope I got that right...).

EllisLab sprung for a duck tour for anyone that wanted to come. It was fun to get on this thing and go riding through downtown Austin with out little duck calls quacking at people. Kind of ridiculous really but it was fun. I got to talk to a few people (seeing a theme here?) like Greg Aker and Lisa Wess from EllisLab. Derek Jones and Greg Salt as well. Robert was there from Whooz Media... Loads of fun... Did I mention Robert is hosting EECI in May?

Sorry for doing this but while we were on our Duck Adventure tour we met Leslie. Leslie is a transvestite from Austin Texas. Google her. She is rockstar famous. Nevermind that she is a 60 year old dude walking around in public in a thong... sorry I think I just puked a bit in my mouth ... did I mention Austin's catchphrase? Keep Austin Weird... 'nuff said.

I'm not much for Canadians (kidding) but if I had to be friends with one I guess this guy would do. Kevin Shoesmith from Factory Interactive. I can't believe this is the best picture I have of him. Sorry for the quality. He is a mean pool shooter and doesn't like to lose so if you see him in a pool hall be on notice. Kevin and I walked back from the Happy Cog'aoke party together talking of ExpressionEngine, business and where the damn pizza place was. To our surprise we arrived on 6th street to find it absolutely packed at... 3:30a.m.!(if I could capitalize that I would cause it is certainly caps worthy)... He pretty alright for a Canuck...

Fish meet Toad... Some of you may know that my parent company is Blue Fish Design Studio. Well this is Paul Burton from Atlanta and his business is 16toads. Apparently we both have a thing for liquid cause it showed over the week. Paul is a stand-up guy. He took his jibs like a champ when he took home first place in the SxSW awards for best blog for his pet project the Vile Plutocrat. We gave him all kinds of grief.

And then there are the twins.... These guys hail from Tulsa, OK. Who knew they even had interwebs in OK (I can kid as my wife is from OKC)? Nick Switzer is the wirey shaved head one and Justin Shattuck is the pomade friendly one. These guys are trouble but damn good at that. Actually they are really intelligent 20 somethings with a hell of a business. Between Mr Wiggles and these guys there was a lot of name dropping (legitimate). Good guys and the life of the party.

So as you can see there is a theme here. The people are what make SxSW worthwhile. So often we work alone (or distributed as in our case) and never get a chance to actually meet face to face with some of our peers in the industry. It's important to do this every once in awhile. The ExpressionEngine group is a close knit one. We help each other out. We talk openly about our businesses (after all there is plenty of business for everyone) and when we get a chance to get together we buy each other a couple of rounds and catch up like old friends.

So yeah... writing this article is sappy... so sue me. Better yet... next year come to SxSW so you can wax poetic with me.

P.S. I attended the DSLR filmmaking sessions on Monday. Philip Bloom was amazing. And at the end of the 3rd session there was a give-a-way. I never win anything so I was not too excited... till they called my name. I won a Zacuto Rapid Fire rig for video shooting with a DSLR. So awesome! So I want to thank Philip and the Zacuto folks for such an awesome prize. My Z-Finder should be here tomorrow. You have a fan! 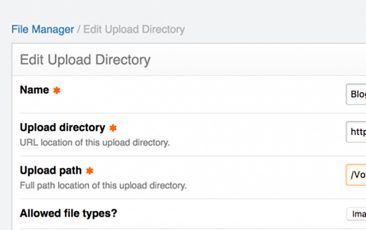 Welcome to Part 1 of How to Create a Blog using ExpressionEngine. We are going to walk you through the basics of how we set up a very simple... 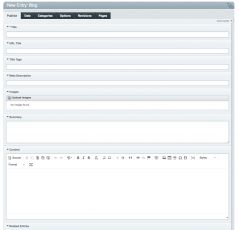 It has been 6 plus years since the ExpressionEngine Developer's Toolbox was written about on Smashing Magazine. In that time there have been...